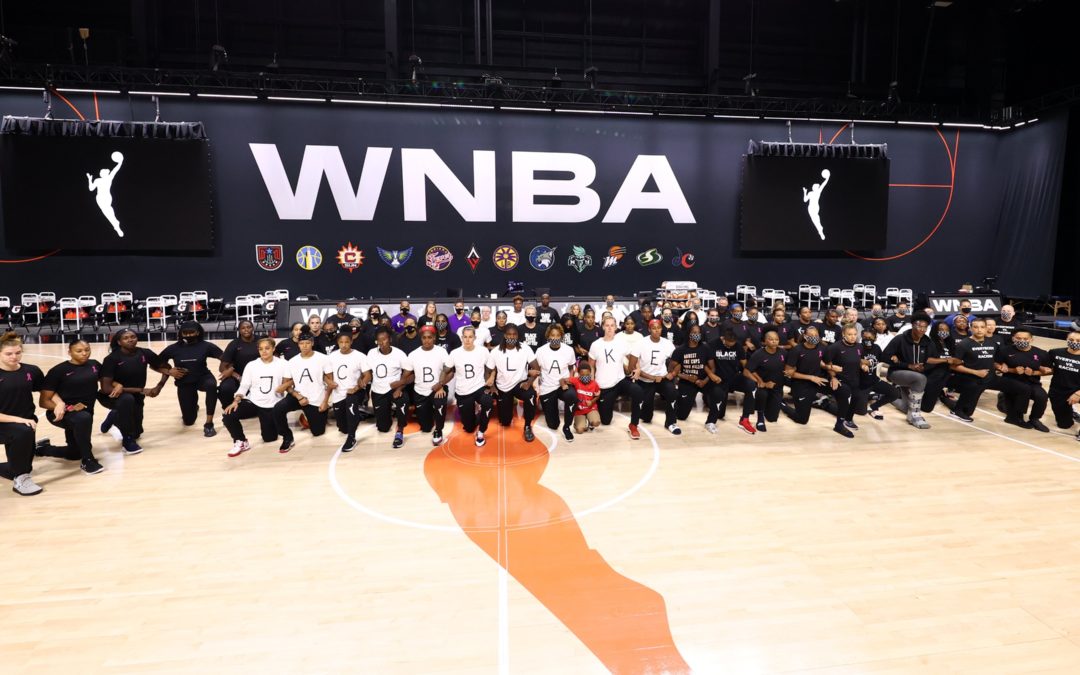 It was a historic day, August 26th, 2020. It is days like this that the energetic shift in the world is felt. Where the butterfly effect becomes apparent where we know that one action can have a ripple effect in other parts of the country and the world. It was the day that we saw individuals that millions look up to take a stand to create change in the world. It was the day we saw games in the NBA, WNBA, MLS and MLB canceled as the players felt more needed to be done in the #blacklivesmatter revolution.

This day showed us that a decision, an action, taking a stand can matter. It doesn’t matter the size of your platform, you can still create change. You do have a responsibility if you do have a platform to create change.

Over the last few months, I have heard clients tell me that their employees said that the black lives matter movement had no place in their business while others called out their leaders and team members for not doing enough.

I grew up with the uttermost respect for authority as that is what I was taught. People with authority included those in uniform or positions of power. Time and time again, we hear where people are abusing their power. It is not each of them. There are many of them who are keeping the communities safe. Many of them are doing the best that they can. The issue is the ones who have a hatred for another group of people, those are the ones I am talking about. That hatred is then passed along to their children, their neighbors and their friends. Hatred spreads the same as love. It can be a poison that is fed on fear of the unknown, the fear of someone being different, the fear of feeling out of control.

This same hatred and fear shows up in our workplaces, in the bias that are held, the unequal power structures and systemic oppression. The solution to this fear and hatred is multi-faceted. It is education. It is the awareness. It is acknowledging and calling out when something or someone is violating the human rights of another. It is creating systemic change in how we challenge the economic structures that further create inequality. It is bringing justice in the name of those who can not fight for themselves. It is showing up each day to do better and be better.

What I am saying has all been said before. I know. I just hope that through reading this one person will realize that there is room for improvement in their own lives. That they can educate themselves on how they may be perpetuating racism or where their bias is when it comes to who they interact with, hire, and promote. That they realize they have a voice that they can use to speak up for those who can not speak up for themselves. That they realize that they can give an opportunity that does not exist for someone else as they would never have access to it. These changes are what will bring justice, and make August 26th a day where the ripple effect was felt for generations in the future.